As with any small town in the early 1900's, it was soon discovered that fire protection would be needed for the safety of the citizens. In the February 22, 1908, DeRidder Enterprise Newspaper, an article appeared regarding DeRidder Fire Protection, "The DeRidder Board of Trade met and agreed to lay a 6-inch main on First St., Stewart St., Port St., and Washington Avenue., the town furnished two hose carts and two thousand feet of hose. This afforded ample fire protection for the business portion of town, while the 2,000 feet of hose reached the north end of town, giving the residents ample fire protection."

One of the earliest pictures we have is of these firefighters with the fire truck and the picture is dated May 11, 1924. The Fire Chief at the time this picture was taken was Robert Lyle, Sr. Chief Lyle was DeRidder Fire Chief from the 1920's until the early 1930's. 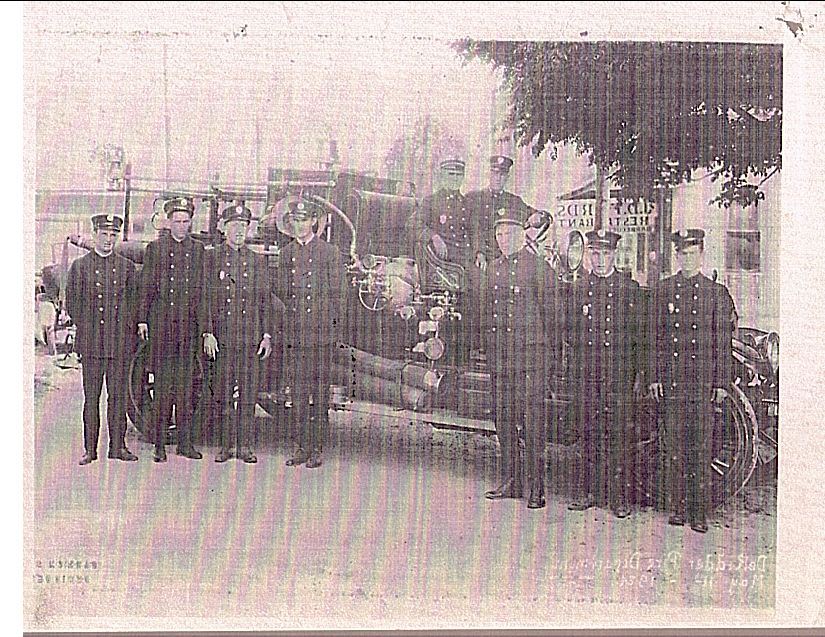 Around 1932, J.B. Cooley became the new Fire Chief. For several years Chief Cooley and his family lived in the upper story of City Hall which was located on the corner of Stewart St. and Shirley St. The fire trucks were housed on the ground floor of the same building. The City Hall building in which they lived was built by the W.P.A. ( Works Progress Administration) in 1937. Pictured below is a picture of City Hall and Fire Department taken during that era. The Fire Truck on the left with the Firemen standing around it and two sitting in it, was the same one as is pictured in the 1924 picture. It was an American LaFrance Fire Truck and had hard rubber tires and was equipped with a water tank and hoses and a bell to ring while responding to emergencies. The newer truck which Chief Cooley is standing by, was a 1937 Chevrolet Fire Truck equipped with a ladder, water, hoses and a siren. 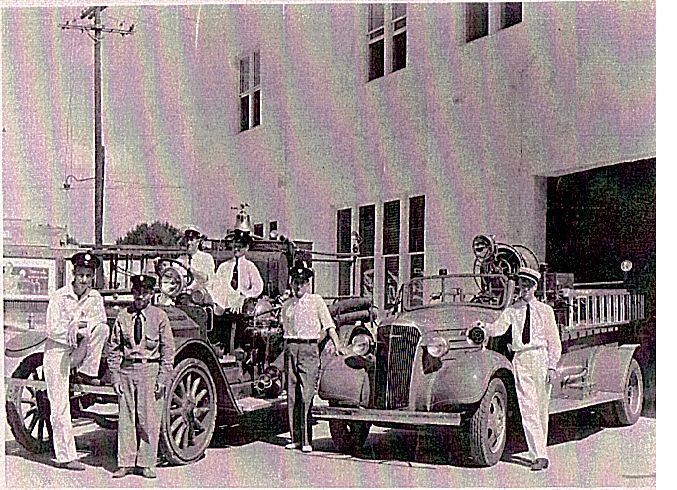 Also during Chief Cooley's tenure, a Firemen's Recreation Hall was built not far from the Fire Station and it was utilized by the firemen for training classes and they also had many community events in it. One of the main events was the Christmas Party for needy Children. According to the descendants of Chief Cooley, the firemen would collect toys all throughout the year and repair them to give as Christmas gifts for the needy children in the community. Many people from the community contributed food, clothing and toys for the event. This was a happy and special time for all. 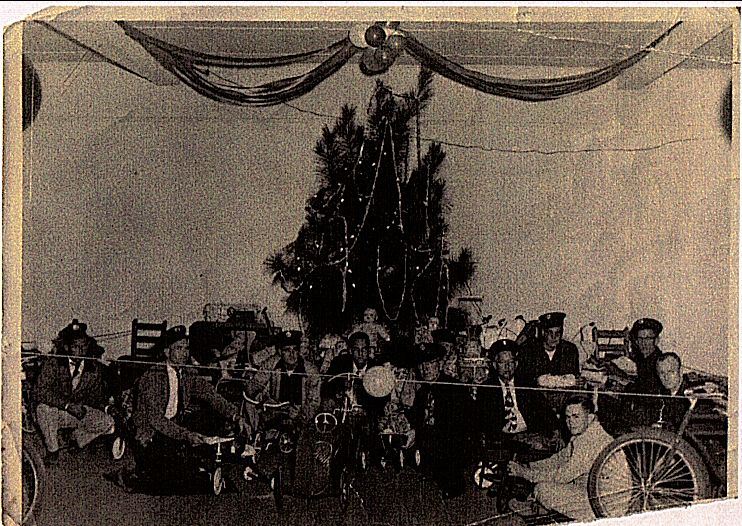 In 1962 the DeRidder Fire Department held a reunion. Review a picture of the ones attending the reunion. 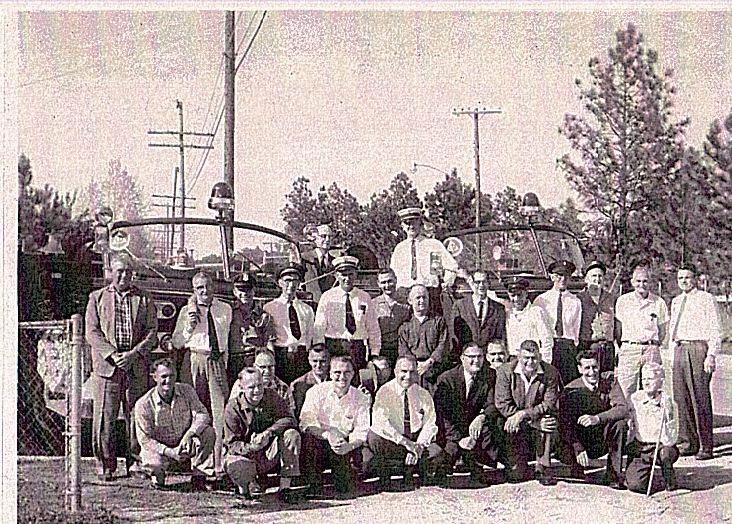 In the picture, Chief Henry is shown as the shorter gentleman, standing, wearing the white shirt and white hat. Chief Henry was quoted in an early news article saying, "The early years in the department were very active, because of the many fires caused by lax electrical codes. Kerosene stoves and heaters caused many fires and faulty chimneys and flues burned houses all over the city." Chief Henry had been with the department as a firefighter for many years before becoming Fire Chief. He served as Fire Chief for 19 years and retired in 1983. 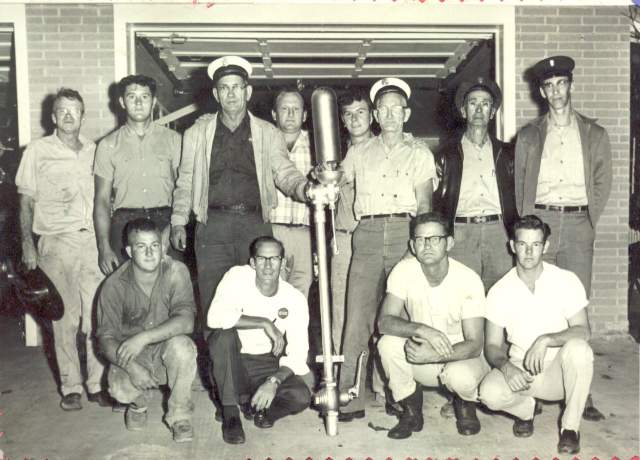 In 1983 Winfrey Mitchell became the new Fire Chief. Chief Mitchell had been with the DeRidder Fire Department several years before becoming the new Chief. He became Chief in 1983 and retired on the last day of 1986. He is shown in the previous picture with Chief Henry's firemen as the young man standing at the end of the first row with the white shirt, jacket and dark hat. 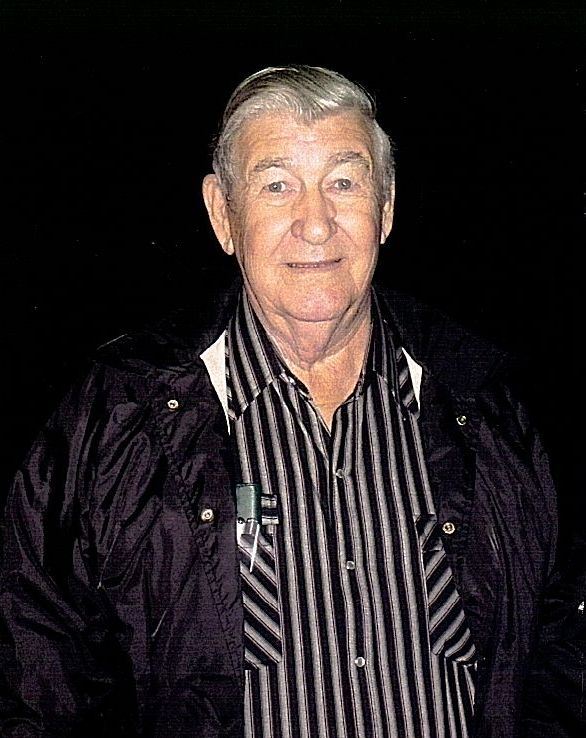 In January of 1987, Marvin Whiddon became Fire Chief. Chief Whiddon served the greater portion of 25 years with the City of DeRidder and the Fire Department saw many improvements during his years there. The Department grew from 10 employees to 18 and on November 8, 2010, the City received for the first time, a PIAL Fire Rating of 3, upgrading from a 4 rating. On September 29, 2011, Chief Whiddon retired from the Fire Department. 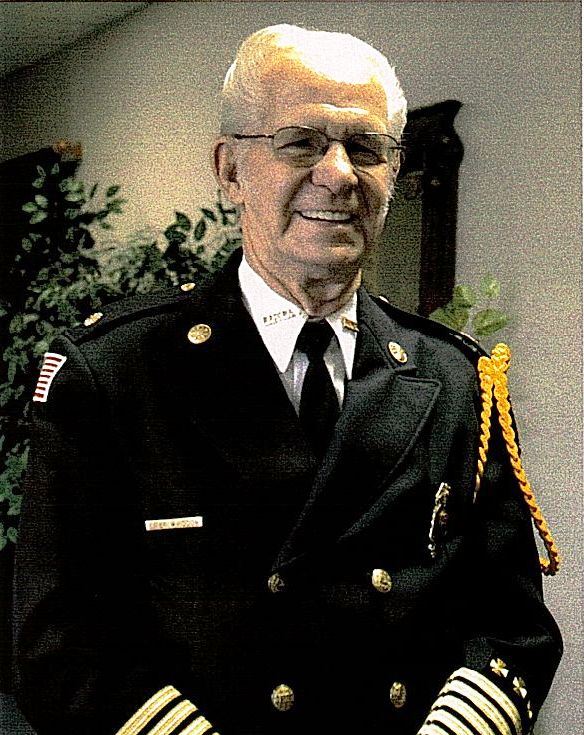 On October 5, 2011, Kenneth Harlow became Fire Chief, after serving 15 years with the department as a Firefighter and Fire Prevention / Training Officer. Chief Harlow also served as the Director of the Beauregard Parish Office of Homeland Security and Emergency Preparedness from 2008-2011. 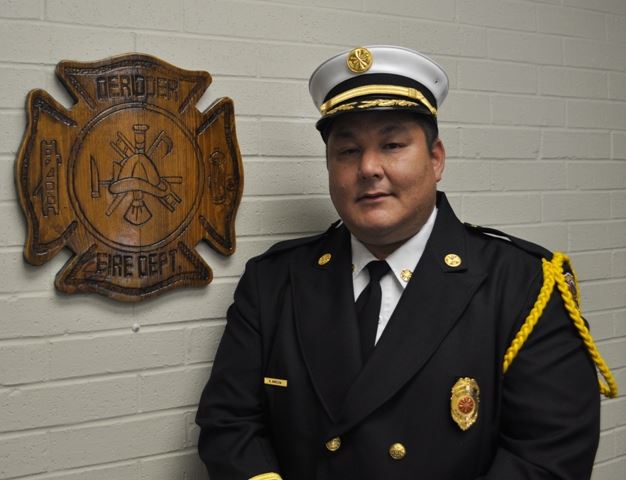